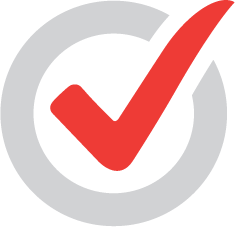 This election website is operated by Campaign Life Coalition, a national pro-life organization founded in 1973, and which works at all levels of government to secure full legal protection for all human beings, from the time of conception to natural death.

We defend the sanctity of human life against threats posed by abortion, euthanasia, reproductive and genetic technologies, cloning, infanticide, eugenics and population control.

We are also a pro-family organization that defends parental rights in education, free speech, religious freedom and the natural family itself.

Campaign Life Coaltion raise awareness about the evil of abortion, and we grow the pro-life movement in a variety of ways, for example, by holding an annual National March For Life in Ottawa.

However, a huge portion of our pro-life/pro-family work occurs in the realm of politics where we help to nominate pro-life candidates at the federal and provincial level, and then to get them elected during the general election.

Our candidate rating system is the gold standard, which the pro-life and pro-family movement relies upon to decide how to cast their ballot at election time.

Campaign Life Coalition has a branch office in Winnipeg which is run by our Manitoba President, Maria Slykerman, with the help of other volunteers.

Send them CLC's 2019 election survey, and ask them, as a voter, to give you answers